On the USA election night, after the victory of Donald Trump, Teresa Shook, a 60 years old grandmother from Hawaii (Maui), decided to create an event page on Facebook “I think we should march”. She never expected the response she would get. Indeed, the next morning, more than 10,000 people said they were attending the event.

Her social media call-to-action is at the origin of the Women’s March which took place in Washington DC last week and it was followed by countries around the world.

“One person can make a difference,” Teresa Shook said

The Women’s March on Washington started with a Facebook call-to-action from Teresa Shook, a senior resident of Hawaii.

Frustrated by the 2016 election results, this old woman invited 40 of her friends to a March on Washington. When she awoke the next morning 10,000 additional names had joined the group and there were another 10,000 interested in coming.

“I decided to post something after election night because I was thinking about my granddaughters, and I didn’t want them to grow up and a world full of hate speech and bigotry,” Shook said in an interview to “Good Morning America”.

“I’m overwhelmed with joy. A negative has been turned into a positive. All these people coming together to unite to try and make a difference.” 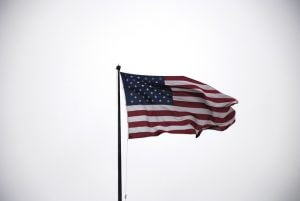 Thousands of women from around the country headed to Washington to march in protest of Donald Trump’s inauguration.

“I wrote in my post ‘I think we should march,'” Shook said. “When I woke up in the morning I had over 10,000 people coming to the event. I was flabbergasted.”

“Someone called me the fire starter for starting this movement,” Shook said. “But this movement would not have happened without thousands of people helping to fan the flames.”

Shook added she hopes people will “remember the March on Washington.”