University of Wisconsin–Madison professor of family medicine Irene Hamrick reports that the number of falls in older adults dropped 48 percent in the 6 months after a yoga class began, compared to the 6 months previous. 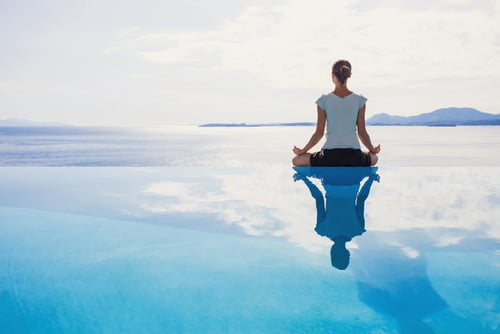 Among people aged 65 and up, falls are the leading cause of injury death, and the most common cause of nonfatal injuries and hospital trauma admissions. 30 percent of this age group has a fall each year and the rate rises to 50 percent by age 80. 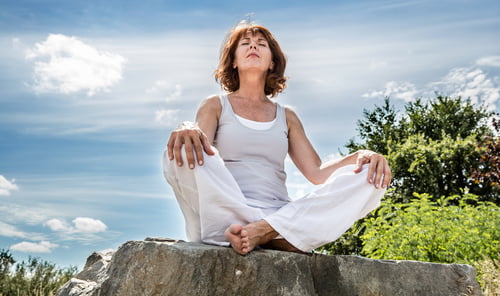 The average participant in this study was 70 years old, well within the risk zone. In the 6 months before the yoga classes began, 15 participants reported 27 falls. In the 6 months following the start of classes, 13 people reported 14 falls, a statistically significant reduction.

All participants took twice-weekly yoga classes for 8 weeks, and were assigned to do 5 minutes of meditation at home; half were also randomly assigned to add in 10 minutes of yoga to the meditation. Curiously, the expected improvement in falls from this “homework” did not happen.

That surprising result may show that the in-class practice alone was enough to reinforcing the critical connection between nerves and muscles, says Hamrick.

“Yoga makes you have a strong core” 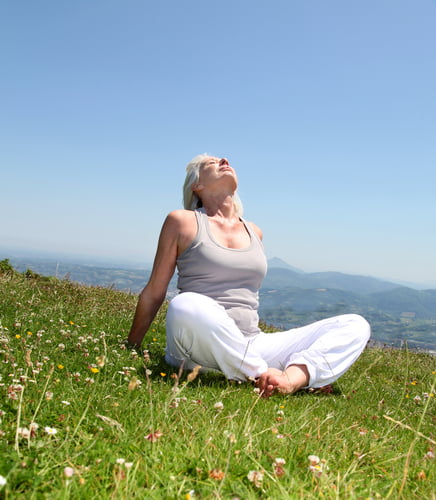 “Yoga makes you have a strong core,” says Anne Bachner, a member of the study’s community advisory board, “so when moving around in your daily life, you are not just flapping around. You are stable, in control.”

The study design did not make it easy to isolate yoga poses from meditation. Hamrick says the effect of meditation alone on reducing falls has apparently not been studied. “It could be worth looking into, comparing meditation alone to yoga or balance exercises, but it’s hard to know what would be the practical impact. Meditation is an integral part of yoga.”

In Hamrick’s study, all participants saw significant improvements on two measures of walking gait, and on balance.