TIME Magazine has selected the impact on dementia of a brain training exercise – developed and tested with funding from the National Institutes of Health (NIH) – as one of the 100 New Scientific Discoveries of 2016. That exercise is commercially available only in the BrainHQ brain training platform.

TIME reports on the “most rigorous study” to date on the topic of cognitive training and aging. The study, referred to as the ACTIVE (Advanced Cognitive Training for Independent and Vital Elderly) Study, was independently run by university-based researchers at six institutions, and under grants from the NIH as part of its mission to fund basic research and translational research that can lead to major improvements in the human condition.

The breakthrough results can be traced back to investments made by the NIH during the 1980s into the basic brain science of visual speed and attention, conducted in the laboratories of Drs. Karlene Ball and Daniel Roenker. At the time, this work did not have an obvious link to human health and the onset of dementia. But with persistent work from many researchers and steady support from the NIH, over the next 15 years it became clear that training the brain to be faster and more accurate could improve cognitive and real-world function.

Read more: Alzheimer’s : what are existing plans to stave the disease ? 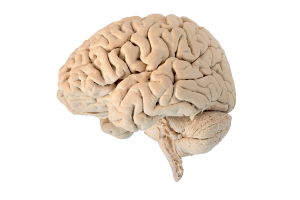 This work culminated in the ACTIVE Study

This work culminated in the ACTIVE Study, where the NIH asked for a gold-standard randomized controlled trial to evaluate the long term effects of cognitive training on real-world function. ACTIVE enrolled 2,832 healthy older adults into three different types of cognitive training and into a fourth group that served as a control.

This was the first time ever that any intervention was shown to have any significant impact on the risk of dementia. 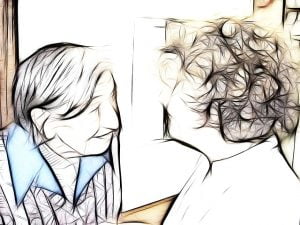 All participants were measured across a large battery of cognitive and other health and behavioral measures at years 1, 2, 3, 5, and 10. The ACTIVE Study group first reported on its results showing an intervention that lowered the risk of dementia at the Alzheimer’s Association International Conference (AAIC) in July 2016.

At AAIC, the researchers reported that only the speed processing group showed significantly different dementia incidence compared to the control group. They had 33% less risk of dementia over the period; and the group asked to do booster sessions had 48% lower risk.

TIME magazine notes that the brain training technology was acquired by Posit Science, and that its current version is the Double Decision exercise in BrainHQ.

Read more: In the world, nearly 44 million people suffer from Alzheimer’s or some related form of dementia.