According to the National Institute of Health and Care Excellence (NICE), care workers need to stay at least 30 minutes with a patient to provide them with proper care and human treatment. Nevertheless, a series of investigations found out that during 15-minute care visits – known as “flying care visits” – elderly and disabled people were forced to choose between basic needs such as being fed or washed, while receiving little to no human contact.

Ministers in the UK reacted by promising to bring changes to home care practices within a year. 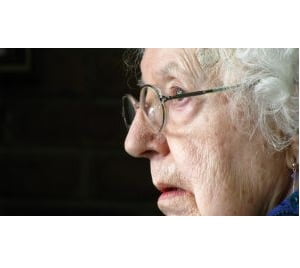 In February, 2015, The Telegraph reported that, as of present, in the UK, more than 500,000 home care visits lasted less than five minutes. Meanwhile, almost three quarters of local authorities in the UK still commission 15-minute care visits for the elderly, which the public sector union blames on budget cuts by the Coalition Government.

Care visits can include dressing, washing, heating up meals, cleaning up incontinent patients and administering medicines, which can be difficult or even impossible to do in only 15 minutes. NICE was asked by Care minister Norman Lamb to provide guidance for a proper care visit: the Institute delivered and stated that care visits should last at least 30 minutes to provide people in need of care with basic human treatment. Visits shorter than 30 minutes should only be allowed for specific, time limited functions such as checking if medicine has been taken or checking if the person is faring well; additionally, shorter visits should only be allowed if the care worker already knows the person.

Norman Lamb told the Telegraph that “flying care visits” did not belong in a civilised society and that too many elderly and disabled had to deal with fleeting visits from different unknown care workers, during which they had no time for human contact and had to choose between basic human needs.

Care workers say they are told not to start up conversations to avoid wasting time during visits, leaving both them and their patients deprived of human contact.

As a response, Mr Lamb called for a major overhaul of the British home help system in February, 2015. He states that “There will be no excuses from councils trying to justify rushed visits which deprive vulnerable people of human contact, and in some cases leave them forced to choose between help washing or dressing”.

He goes on telling about “appalling” cases with vulnerable people having to deal with receiving care from strangers for sensitive tasks, which harmed their modesty and their dignity.

According to Mr Lamb, the “unacceptable” current state of the British home help system is one of the symptoms of a “chronically underfunded” social care and health system all over the country. These concerns have to be urgently addressed to deal with the challenges of an ageing population, or “the system will crash”.