Cannabis, and especially its main ingredient THC, is known for its effects on the body and the brain. These effects appear in very different ways, depending on personal features such as age. But surprisingly, teams of researchers at the University of Bonn and the Hebrew University of Jerusalem found something surprising thanks to their study : cannabis could make seniors’ brains younger.

Through this study, scientists wanted to look at the link between cannabis and ageing. The study is based on the administration of a small doses treatment on the guineas, and then look at the evolution of the behaviour. To get as close as possible to reality, they made this study on mice. Indeed, mice and humans have very similar brains. They chose 3 age groups (older, middle-aged and younger mice). 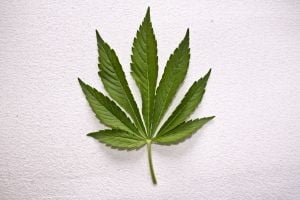 They first observed the behaviour before the treatment and then after the treatment. Without any surprise, before the administration of the treatment, younger mice succeed in the tests of cognitive abilities (memory, learning,…), whereas the older ones were far behind.

After taking the small doses of cannabis, the performance of the younger dropped. But here is the point : the older mice improved themselves after the treatment, they were even as good as the younger before the treatment.

Read more: United States: elders globally in favour of cannabis for therapeutical use

What can explain this opposite effect ? Our brain contains cannabinoid molecules, part of the system in charge of our cognitive abilities. When you are young, you have a lot of them, when you are older you have less. THC releases this molecule, the young brain is overloaded and not used to it, whereas there is room in the older brain. That’s how THC restores the balance.

Even if it was small doses on small guineas, it’s promising to see this, because it could help seniors with their ageing process. Regulated and responsible doses could partially cure a lack of memory for instance.

Another argument for those who want to totally legalize cannabis, but remember, even recreational it is still a drug.