In France, 71% of people aged 50 years old and above take daily mediations; 45.000 people aged 70 years and above have medical prescriptions given by their doctors that exceed 10 different types of medicine per day. In fact, elderly people having several chronic diseases may need various medical prescriptions from different doctors (general practitioner, specialists). However, polypharmacy can cause iatrogenesis risks.In this context, Teva laboratories presented the intermediate results of their pharmaco-epidemiological study called IPOP (Investigation of prescriptions delivered in pharmacy for elderly people on Tuesday, 23th of June 2015. This study relied on 1.000 prescriptions of patients aged 65 years and above.

In the framework of the IPOP study, 493 files (containing prescriptions and questionnaires) from 50 pharmacies were treated and assessed. The average age for the 1.000 prescriptions is 77: all the participants were between 65 and 98 years old.

How do patients understand their medical treatment?

First indications of medications use

In all cases, whether it is an omission or a refusal, patients call the doctor or question the pharmacist in order to enquire about the discontinuation effects.

What do the prescriptions contain?

Among the 3.624 analysed prescriptions, the study notes that:

What are the pharmacist first given information? 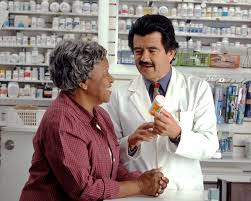 Regarding medication advice, 91% of surveyed pharmacists give recurring advice to patients whom 55% concern recently prescribed medication.

Regarding advice about medicinal interaction risks:

Finally, regarding the knowledge of patients’ pathologies by the pharmacist, in 60 % of cases, the pharmacists don’t precisely know the pathology.

That’s why, according to the study’s preliminary results, the pharmacists tell only in 10% of cases that there could be cardiac pathologies risks, and in 5% of cases that appear renal insufficiencies could appear.

From 2 to 4 % of the pharmacists say they have access to clinical or biological parameters concerning renal, hepatic and cardiac functions: