The China International Robot Show (CIROS) took place this July in Shanghai, giving China the opportunity to showcase its massive investments in robotics, which could prove instrumental in catering to the needs of China’s growing senior population. 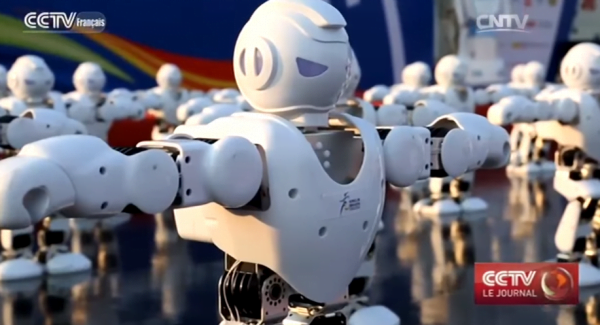 China embraces robotics to adapt to its ageing population

Over the last decades, China has asserted its position as a superpower ; thirty years ago, its GDP stood at 300 billion dollars ; by 2015, it had blown up to 10 866 billion dollars (Source : World Bank). The country has now shifted its focus to robotics, a key factor in developing the Silver economy.

With good reason : after its 40-year one-child policy, the country’s population is ageing rapidly : seniors now make up 15,5% of the Chinese population. It must also deal with wage increases : in the Shanghai province, wages have more than doubled in seven years. Those factors reduce the recruitment pool available to would-be employers ; they are now looking to fill the gap left by human employees with robots.

China currently boasts a total of 800 companies specializing in robotics, and some 40 “industrial robot plants” are being built. More than twenty provinces have identified robotics as a top priority in their development goals, including the Guangdong province : it already invested 154 million dollars in a three-year plan aiming to put robots at the forefront in manufacturing factories. Luoyang city also signed a partnership with KUKA robotics in order to modernise its automated industrial equipment.

China must now face two obstacles when it comes to developing robot production : the lack of critical robot production components (such as sensors), as well as the absence of certification systems to assess and vouch for the quality of produced items. In order to sustain growth, it will have to rely on partnerships with foreign labs and companies, including many innovative start-ups.

Chinese companies specializing in robots can rely on three different sources of growth :

New technologies are instrumental in helping Chinese society adapt to ageing ; big data, for instance, is now at the forefront of public policies, as exemplified by the connected cards used by seniors in Beijing. This card allows seniors free access to several services, such as public transportations, but its main purpose is to collect data that will allow policymakers to implement age and mobility appropriate infrastructures, among other things.

Robotics should play a big part in this evolution ; robots are an opportunity to develop home services, which are instrumental in addressing mobility loss among the senior population. Japan is a good example : it recently invested in robotic nurses to promote ageing in place while keeping nursing costs down.

The development of robotic manufacturing in China :