European cities over 50 000 inhabitants are invited to participate to the 6th edition of the Access City Award – the European Price for making cities more accessible to people with disabilities and to the elderly. 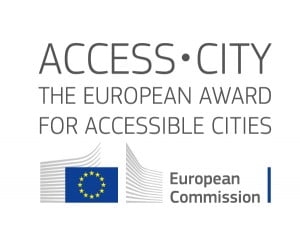 Cities accessible for all

In the European Union, there are almost 80 million people with disabilities. As the world is ageing, this number will likely keep rising. This is the reason why cities must adapt in order for the elderly to lead an independent life.

Since 2010, the European Access City Awards is aiming to point out and reward cities with remarkable actions in order to become more accessible for the elderly and for people with different kind of disabilities.

Subscriptions for the awards are now available. Every EU city with more than 50 000 inhabitants is expected to present their activities and strategies, implemented in order to make cities barrier-free, better places for everyone to live and work. The deadline for applications is 10th of September, 2015.

During each edition, there were many cities all over Europe to prove their enthusiasm and commitment in order to ease the everyday life of  people with disabilities and the elderly. Over the years, more than 200 cities applied for the awards. The ideas and projects represent a great source of inspiration in order to transform cities into a great place to live in.

Five cities will be rewarded

The ceremony will take place during the European Day of People with Disabilities Conference, that is on December, 7th, in Brussels. The European Commission will hand over awards to 5 cities that managed to facilitate the access of disabled and elderly people to the entire city-life ecosystem: play-yards, public transportation or communication technologies. To do so, the 6th edition will award the first, the second and the third place, as well as two other special rewards: access to work and accessible Smart City.

Who won the previous awards?