By 2030, one in three people in Japan will be over 65 years old. A study conducted by the Japan Policy Council (JPC) showed that by 2025, more than 430,000 people will not be able to receive necessary nursing care services. They propose to the elderly to migrate towards rural regions, where more nursing care facilities are available. 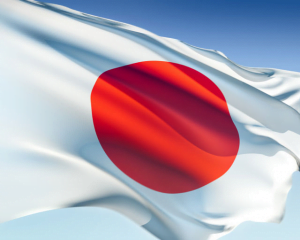 The ageing of population in Japan is accelerating, mostly due to the fact that both mortality and fertility rates significantly declined. Moreover, life expectancy at birth in Japan is the highest in the world: 86 for women and 80 for men, according to World Health Organization.

In other words, today Japan has the highest proportion of elder people in the world. By 2030, one in three people will be over 65 years old. The country must anticipate demographic changes and their consequences on all sectors in order to find suitable solutions to adapt society to the coming future.

Thus, the council’s proposal is to encourage the elderly to migrate towards rural regions, where there are more available nursing facilities. To do so, the study gives a list of 41 places that are “areas suitable to move to”, where there is an extra medical staff and nursing care facilities available.

The JPC solution was welcomed by the government, but criticised by local officials and healthcare workers.

Hiroya Masuda, JPC Chairman sustained that “Moving to regional areas must be considered as an option”.

On the other hand, Yuji Kuroiwa, governor of Kanagawa Prefecture south of Tokyo, remains unconvinced by this solution: : “We’ve been making all-out efforts to provide an environment in which prefectural residents can lead a rich life even when they grow old. I don’t think that a wonderful life awaits them after leaving the prefecture.”