GiraffPlus is a European project that combines robotics and home automation to take care of the elderly. Giraff is an assistant robot for seniors and the project allows them to get home automation equipments.

The aim is to allow the elderly living at home to be able to communicate with family, friends or with health professionals. The device might be marketed at the end of 2015.

GiraffPlus : a robot for a better care to the elderly 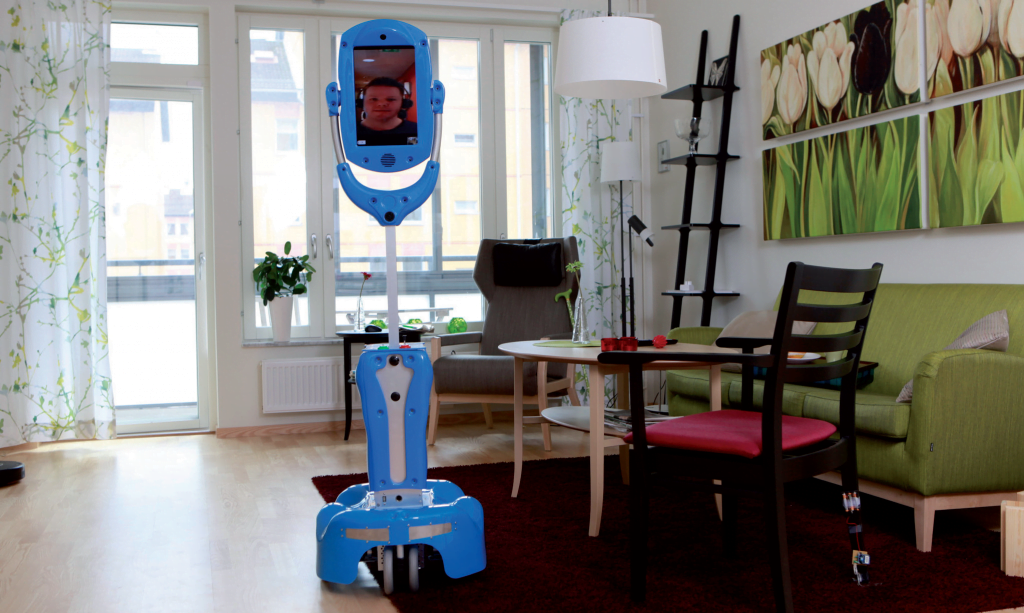 Robotic technologies are increasingly used to provide independence and security for seniors. The European Union has also set up several research and development programs aimed at the creation of robot companions for the elderly.

Sensors are installed at home to detect falls of the elderly, and to monitor they physical condition (blood pressure and blood glucose measurements). Alerts can be initiated if a problem occurs.

Giraff robot moves all over the senior’s home and allows him to stay in contact with his relatives and consult his doctor remotely by video.

For now the project is still in a testing stage.

“GiraffPlus will be installed in 15 houses by the end of 2014 », says Amy Loutfi, project manager based at the University of Örebro, Sweden. “We already have six houses in Europe, two houses in Spain, two in Sweden and two in Italy, equipped with GiraffPlus system. We are currently undergoing tests, but we already know that the various aspects of the system are appreciated in different ways by users. A single offer for this home technology is not necessarily the best solution, the technology must be both flexible and responsive to user’s needs”.