According to the Canadian Statistics, for the first time in the country’s history, people aged above 65 years old outnumber the number of children aged up to 14. 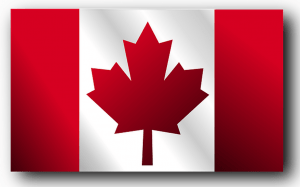 According to the latest report released on Thursday, 29th of September, by the Canadian Statistics, at 1st of July 2015 there was a record number of people aged above 65 : 5 780 900. On the other hand, on the same day, there were 5 749 400 Canadians aged between 0 and 14 years. This data shows that for the first time, the proportion of the elderly has become more important than people aged 0-14 years old. Moreover, more than 8 100 people are centenarians, among whom 88.4% are women.

According to latest estimates, the elderly’s percentage will continuously rise; in 2024, it will reach 20.1% of the total population. Nevertheless, Canada has the lowest proportion of people aged above 65 among the G7 members.

The ageing pyramid has deeply been modified by the boomers who are now reaching the retirement age. Of course, the ageing phenomenon is also due to the increase of life expectancy and a decrease of the fertility rate. Indeed, the fertility rate is now below the replacement level, which is the amount of fertility needed in order to keep a country population the same from generation to generation.

3,3 billions of dollars to adapt health costs to ageing

According to the results of a recent study asked by the Canadian Medical Association, the federal government should devote 3.3 billions of dollars to adapt health costs to baby boomer ageing in 2016. This sum should rise during the next 5 years to reach a total of 17.5 billions of dollars.
Source