In Canada, the LGBTQ association “The 519” launched a campaign in favour of LGBTQ (Lesbian Gay Bisexual Transsexual Queer) seniors with the following slogan: “Our need for intimacy and community doesn’t fade as we age, older queer and trans rights matter.” 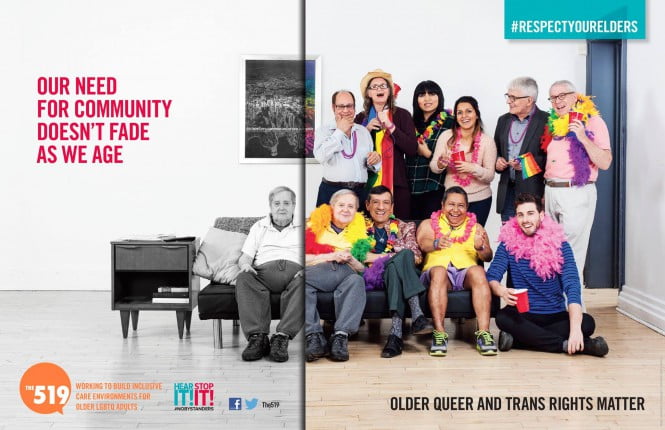 In Canada, The 519 association aims to promote inclusiveness for the elder LGBTQ population, especially in retirement homes with the “Respect your elders” campaign. It relies on a series of visuals showing the everyday reality of LGBTQ seniors on one side, and the hypothetical situation they could have if they had the community’s support. 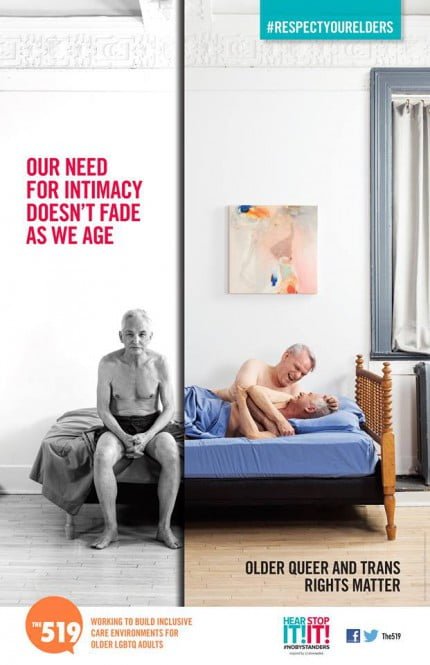 The campaign also aims to change behaviours in retirement homes in order to adapt to specific needs for LGBTQ seniors.

Indeed, LGBTQ seniors have often faced prejudice because of their sexual orientation during their entire life. They face particular challenges as they grow old: