According to the World Bank, 2.5 million people work in the informal waste management system by collecting recyclable garbage in order to sell it.

Many of these collectors are elderly people who can’t afford their daily expenses with the shrinking pensions they receive from the Chinese government.

China: a quickly aging population with more retired people than ever 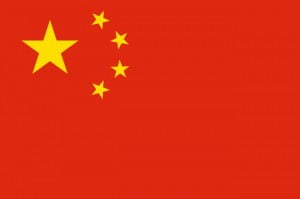 Millions of people under 60 years old are already retired because of the early age of retirement in China. Men working in the public sector leave for retirement at 60 while women leave at 55. Chinese female workers stop working at 50. A study from the United Nations in 2007 estimated that while there were 16 retired people for 100 active workers, by 2025 the ratio will have reached 64 retired people for 100 active workers.

The Chinese retirement system shows weaknesses: about 50% of provinces are unable to pay for retirement and need financial aids from Beijing.

A report from Deutsche Bank and China Bank revealed there was a gap of about 3 thousands billions of dollars in the Chinese social security fund.

Traditionally, the elderly rely on their children to take care of them. Filial piety is one of the most important values in China.

However, the one child policy has overthrown that system. Therefore, an increasing number of families are now relying on one or two active adults to support several retired people. If the child of a retired person dies or becomes unemployed, there is usually no one left to take care of them.

Retired people are therefore dependent to their basic retirement pension, which is usually inadequate for their situation.

In Shanghai for instance, which is one the richest and most expensive territories in the country, retired people are paid 500 yuan a month (approximately $82). In the Shaanxi province, in the centre of China, the pensions only reach a fifth of that sum.

In comparison, the average monthly salary was 4.692 yuan ($750) in 2012 according to the human resources and social security office.

Medical expenses are a nearly unavoidable consequence of ageing and they can alone take the entirety of that income. Additionally, insurance regimes from the Chinese government don’t cover anything more than basic procedures.

Chen Liwen is a researcher at Nature University, an environmental NGO. He explains that “for many people, the pension cannot cover daily expenses: so they have to work.”

“I met an 80-year-old woman. She was pushing a cart and collecting recyclable garbage every day after losing her husband to cancer. They had a lot of debt”, Chen continues

This job is distressing and doesn’t pay much. Chen explains that “four bottles are worth 1 yuan (16 cents).”