The world’s aging population is expected to increase the prevalent cases of Alzheimer’s disease (AD). Analysis of the epidemiological trends of AD in the seven major markets (US, France, Germany, Italy, Spain, UK, and Japan), determined that the total prevalent cases of AD are expected to increase from 10,604,756 cases in 2016 to 13,759,918 cases in 2026, at an annual growth rate of 2.98%, according to GlobalData, a leading data and analytics company.

Alzheimer’s disease is a subtype of dementia and is an irreversible, neurodegenerative brain disease of the elderly, characterized by the death of brain cells, which leads to a progressive decline in memory and cognitive abilities.

The AD market is unique in its level of unmet clinical and environmental need, as there are no curative therapies. This means a lack of efficient treatment to effectively prevent the disease from progressing to the more severe forms. As the world’s population is rapidly aging, AD will clearly pose a major health problem in the near future. 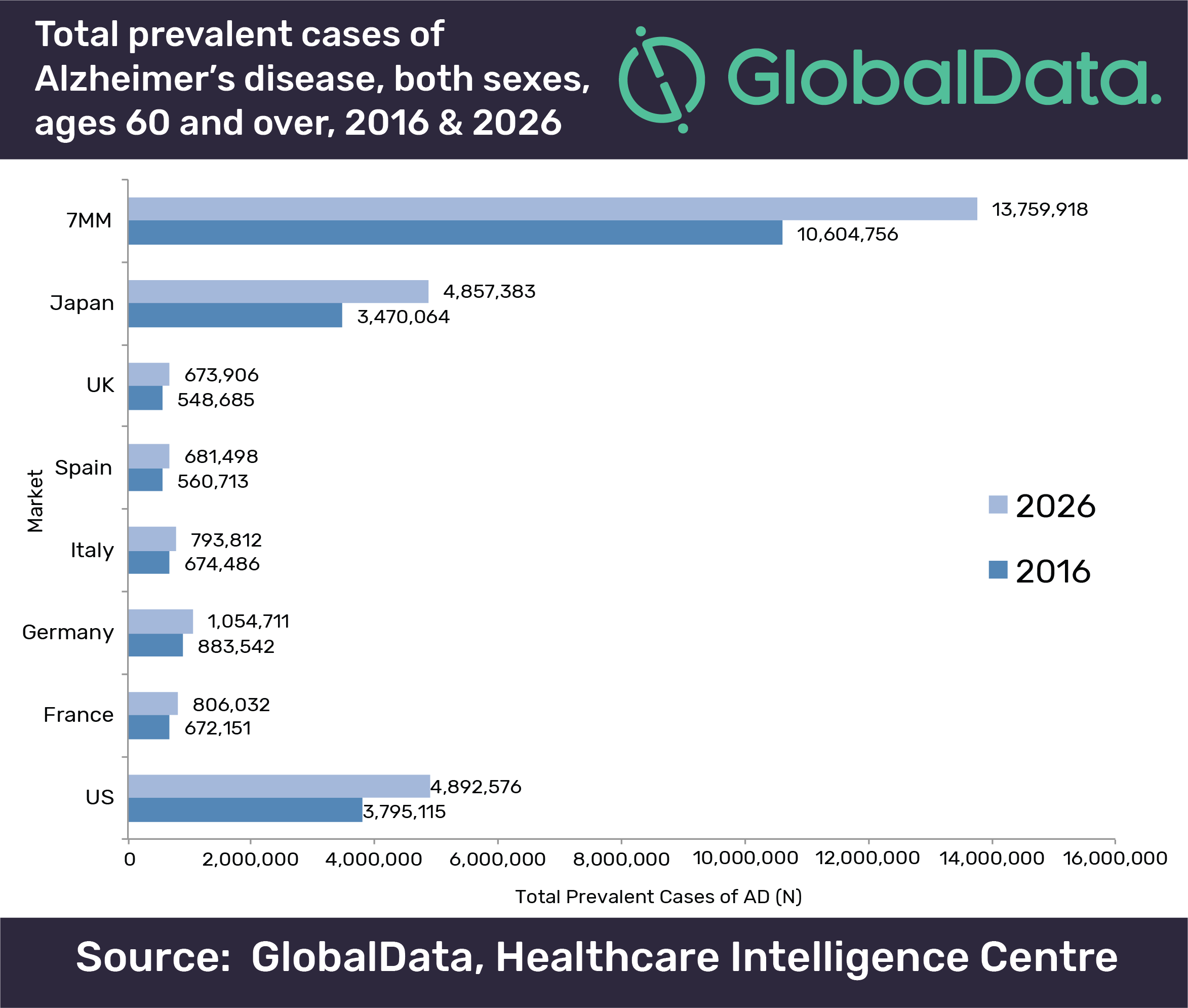 The most common cause of dementia among the elderly

AD is an escalating international health crisis and a looming global epidemic, as the world’s population is rapidly aging. It is the most common cause of dementia among the elderly, and is one of the major contributing factors to making the elderly more dependent on others. Age-associated illnesses, particularly AD, are projected to have profound consequences for older adults, caregivers, the healthcare delivery system, and society in the near future.