Age-related macular degeneration (AMD) in the seven major markets of the US, France, Germany, Italy, Spain, UK, and Japan, saw the majority of diagnosed incident cases occurring in women (65.76%), with just over 7.40 million cases, while men accounted for 34.24%, with just under 3.85 million cases in 2016, according to GlobalData, a data and analytics company. 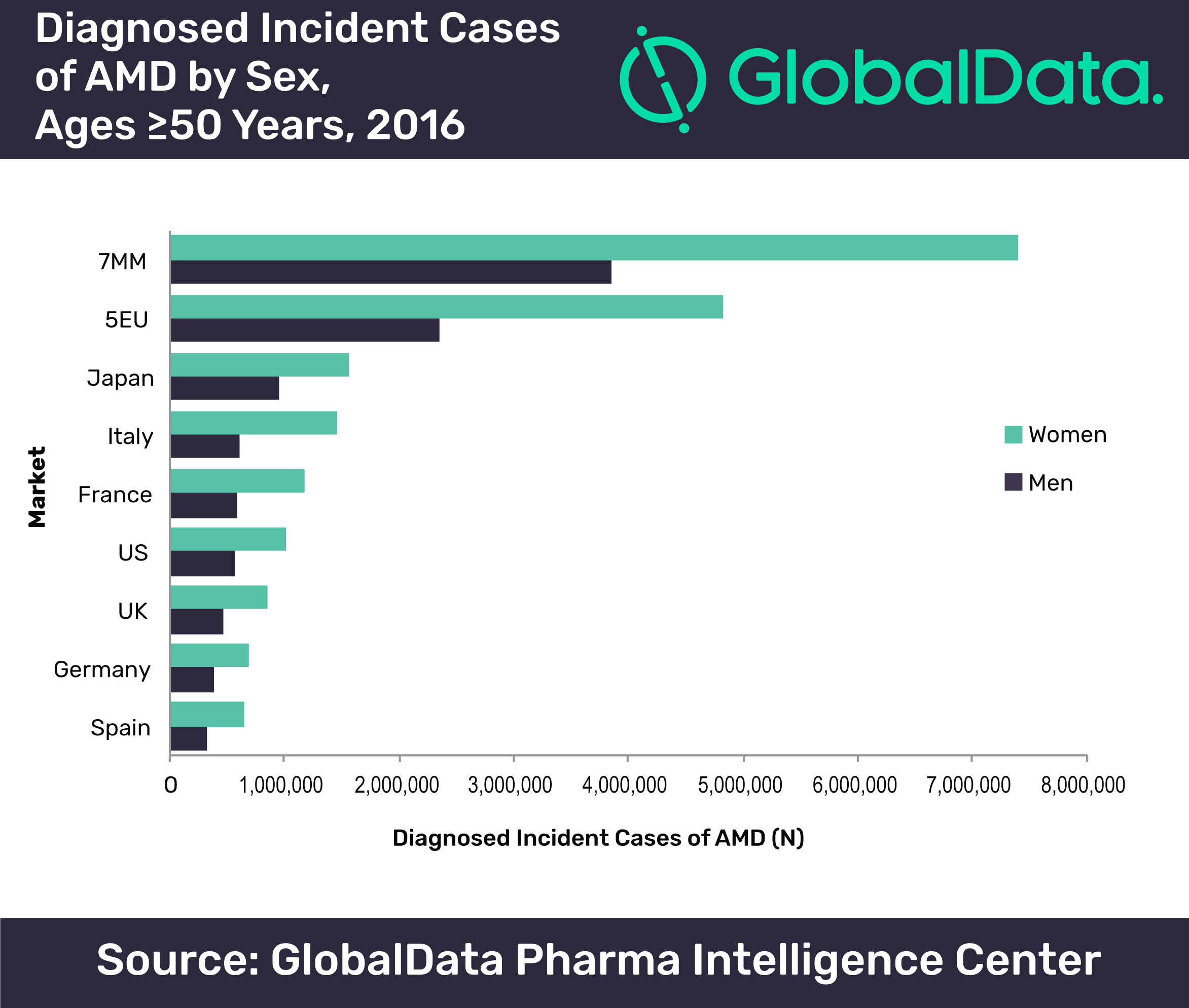 According to the American Medical Macular Degeneration Foundation and the National Institute of Health’s National Eye Institute, women are more susceptible to AMD than men because they live approximately 5% longer than men.

Natasha Karim, Healthcare Analyst at GlobalData, comments: “As the risk for developing AMD dramatically increases with advancing age, GlobalData epidemiologists expect that the burden attributed to AMD will increase considerably over the next few decades, given the increasing aging population worldwide.”

AMD is the most common cause of significant irreversible vision loss among the elderly. It is a progressive eye condition that is characterised by the gradual deterioration of the macula, which is the area of the retina responsible for central vision.