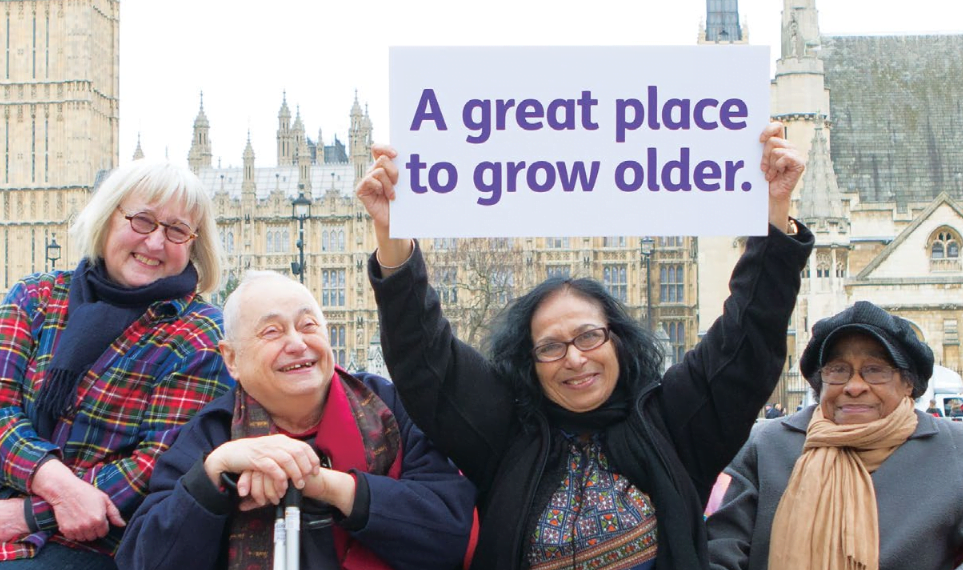 According to the report, 71% of seniors feel that poor standards of care and support reflects the neglect of older people by the government. Overall, between 2006 and 2014, the number of seniors receiving social care has dropped by 40% due to an increase of the elder population and a decrease of spending on older people’s social care.

In the UK, 1.6 million older people live below the poverty line. 39% of people over 65 are worried about paying for energy to heat their home. 32% worry about the general cost of living and 24% about the cost of food. 19% have reported they felt less secure financially than they did during the previous year.

Feeling safe and comfortable at home

Only 3% of housing in England is accessible to people with restricted mobility. Age UK believes that “Older people should be able to live safely and with dignity in good quality, warm, comfortable housing.”

19% of people over 50 worry about losing their jobs and income over the next 6 months. Seniors are indeed an at-risk population when it comes to unemployment, as they can face discrimination in hiring if they lose or quit their job at a late age: 47% of seniors who are unemployment have been out of work for a year or more.

The overall increase of life expectancy raises the challenges of ageing well and maintaining our wellbeing during our entire life. The report for Age UK indicates that 10% of older people in the United Kingdom are “chronically lonely”, which can increase their risk of mental and physical illness.

The results of the report show that seniors feel less positive about their way of life in the country than they used to: around 4 million people feel that Britain has become a worse place to live during the last year.