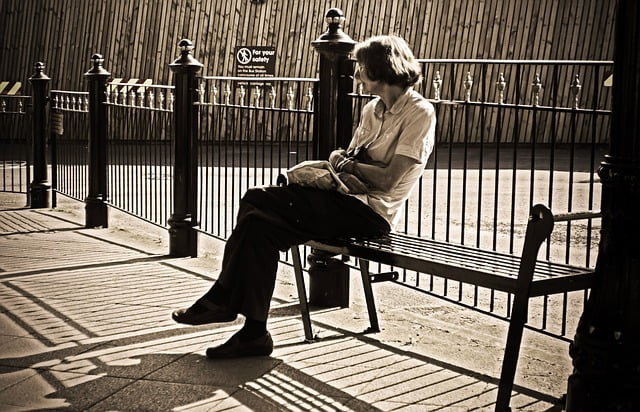 “Social isolation is equivalent to the health effects of smoking 15 cigarettes a day or consuming more than six alcoholic drinks daily. It is more harmful than not exercising and twice as harmful as obesity”, University of South Australia Professor Andrew Beer, observed. Five years ago, he set out on a state-funded study of elderly isolation in Australia ; the study revealed that one out of five Australians aged 60 and more said felt lonely or isolated in varying , degrees, compared to 39% of people aged 65 and more in the United Kingdom.

“A person who is older and has been socially isolated for a considerable period of time has a health impact of drinking six standard drinks a day or smoking more than 17 cigarettes a day, so that’s a huge impact in terms of their quality of life.”

In Australia, social isolation affects residents of both some of the largest urban centres and isolated, scarcely populated regions ; as in many cases, the middle ground seems like the way to go, with medium-size cities faring much better in terms of elderly integration in community life, according to another study by Andrew Beer, Regional variation in social isolation amongst older Australians.

An important medium of elderly socialisation is senior clubs, according to M. Beer : “I think a whole range of community organisations including Senior Citizens Clubs, churches and RSLs are fundamental to reducing the risk of social isolation amongst older people.”

But those clubs are currently going through a steep decline, as emphasized by Waikerie Senior Citizens Club president Ron Hill : “We’re struggling for membership. We’re all getting a bit older and unfortunately we’ve got more passing away than joining the club.“

One factor, according to him, is the time elders spend looking after their families : “The population is getting older and they’re just not going out and socialising, they’re staying home looking after the grandkids while the parents go to work.” Summer holidays is one of the worst times of the year in terms of elderly isolation : with their families often going away on vacation, they are left with no opportunities for meaningful human interactions.