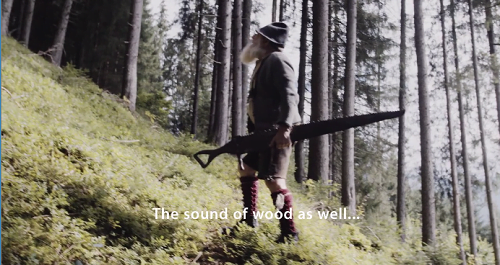 Those two videos showcase the importance of sounds in daily communications, emotions and the remembering process, corroborated by several studies, including one undertaken in 2015, which showed consistent links between hearing loss and increased isolation and depression; hence the importance of hearing aids, which have a critical to play in the lives of people with hearing impairments.

Read our report : Staying in shape thanks to a good hearing sense

Hearing aids allowed Simon Ollert to live his life to the full, and achieve his ambitions of becoming a professional soccer player : “The short film tells my story and shows just what you can achieve despite hearing loss. Collaborating with Sonova on the film’s production has cemented an already close bond with the company.”

The second short film, produced by Sonova Group’s Austrian brand Hansaton, focuses on the memory-triggering power of sounds, described by Fritze Sendloher through his favourite sounds.

“We are delighted about our wins at the Cannes Corporate Media & TV Awards,” says Sarah Kreienbühl, GVP Corporate HRM & Communications at Sonova. “The awards indicate that our communications strategy is headed in the right direction. These short films give real-life examples of how Sonova’s innovative hearing solutions help people live a life without limitations. They give a human face to our company’s vision.”

“Life without Limitations” had already won gold at the International Commercial Film Festival in 2015, when Sonova first presented it as part of its annual report ; the 2015 Swiss Annual Report Rating was also the opportunity for Sonova to be distinguished as the “Rising Star of the Year.”