Worldwide, nearly 36 million people suffer from Alzheimer or a related dementia. Although the diagnosis of Alzheimer is simpler and more reliable than it used to be, a diseased person can still need assistance to take meals. Meals are supposed to be relaxing moments; however, the caregiver can face difficulties. The person needing help can refuse to eat or be unable to use silverware by themselves. How can lunch, dinner or supper become enjoyable again? What food should be avoided and preferred?

Here are a few nutrition guidelines for Alzheimer patients.

How to make meals easier for Alzheimer patients 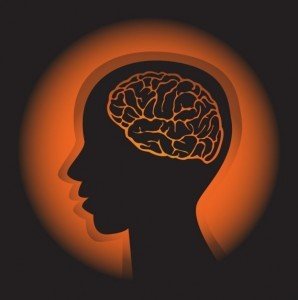 Before we talk about plates’ content, it is important to underline that meals can be a delicate moment for caregivers who take care of an Alzheimer patient on a daily basis. Meals can become stressful and difficult: the patient may forget to eat, may be unable to use silverware, or may think they already ate. They can also forget to drink and fail to realize they are thirsty. The caregiver needs to be especially vigilant during very hot days.

Here is some advice to help a patient take their meal correctly:

Keep patients as independent as possible

The patient also has to be as independent as possible while taking meals:

What food can prevent and slow the disease down?

Can the way we eat prevent Alzheimer from appearing? Several studies have raised that possibility. Just recently, nutritional intervention has appeared to be a valid strategy to prevent Alzheimer. Researchers have noticed that Alzheimer patients often lacked omega-3 and selenium as well as A, B12, C vitamins. To slow the disease, more vitamins and minerals should be taken before lesions permanently appear. To fight the ageing process of the brain, which is a catalyst for the Alzheimer disease, here are a few good nutritional strategies you may want to consider.

Food that can prevent the Alzheimer disease:

Additionally, according to a study of 500,000 people that was published in the British Medical Journal in September 2008, the Cretan diet could reduce by 13% the risk of developing a dementia like Alzheimer.

For the ones with the biggest appetite – because meals have to remain a pleasant moment – do not shy away from chocolate. According to researchers at Harvard University as well as Mars Incorporated, black chocolate high in cocoa (72 or 80%) to benefit as much as possible from flavonoids.

The benefits of coffee

Several studies showed that caffeine could reduce the risk of getting Alzheimer. To back them up, a test case was conducted on a group of 70 Alzheimer patients at an early stage who consumed 100 to 150 mg of caffeine a day (about 2 or 3 expressos).

David Blum, a researcher in Lille, explained: “The goal of this study is to establish the proof of the concept bases on cerebral imaging”.

What to do in case of a loss of weight or appetite?

The nutritional objective is to prevent malnutrition from happening by encouraging patients to have a healthy balanced diet. Needless to say, nutritional care will be personalized according to everyone’s personal tastes and preferences as soon as the disease appears.

In case of a loss of appetite or weight, the diet has to be fractioned and preparations need to be enriched.

You can also consider homogenized products for children, nutritive mixes from businesses (creams, soups, fruit juices) or mixed preparations. The more there is ambulation, the more there will be energy expenditures.

Finally, look out for alert signs. React if the patient doesn’t finish meals, shows apparent disgust for meat, rejects, spits or plays with their food, if they eat inedible food… any kind of eating disorders requires availability and patience. You have to be able to adapt.