According to the latest statistics published by the Japanese Minister of Internal Affairs and Communications, people aged above 80 years old represent 7.9% from the total population. This analysis was published on the occasion of the International Day of the Elderly, celebrated on the last 21 of September in the land of the Rising Sun.

An increasing old population and many challenges to come 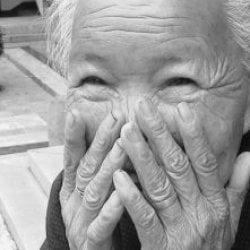 In Japan, there are more than 33.8 million people aged 65 or more, which means more than a quarter of the total population. Among them, there are 19.2 million women and 14.6 million men. Furthermore:

Japan deals with lots of challenges regarding its fast ageing process. Among them, questions regarding finance (especially retirement and pensions) and autonomy loss are becoming recurrent. Several measures will be taken in order to adjust to those sectors.

Until now, the Japanese government had the tradition to offer a Sakazuki, which is a saké bottle in silver, to all people aged over 100, when celebrating the International Day of the Elderly. This year however, in order to reduce costs of such event, they found a less expensive alternative: a Sakazuki made of a less pricey material, other kind of gifts or a Happy Birthday letter.  Furthermore, the elderly living in care facilities have bigger establishment costs, that are calculated depending on their income.

The same statistics revealed that 6.8 million of people aged above 65 are still working and that they are retiring more and more late.