One out of twenty Korean seniors report having had some kind of suicidal thoughts over the last years ; those macabre thoughts could have everything to do with negative class perceptions, according to a recent study.

South Korea has registered the highest senior suicide rates among OECD member countries for twelve years running. In 2014, a survey conducted by Statistics Korea revealed that elderly people were 1.4 to 2.9 times as likely to end their days as other demographic groups in the country.

A recent study, conducted by a Yonsei University research team led by Professor Nam Seok-in, examined the relation between perceptions of class and suicidal thoughts. It was published on the 4th of August, in the latest issue of Health and Social Welfare Review, a South Korean publication exploring issues related to national health and social security systems.

The study used data collected during a survey conducted by the Korean Health and Welfare Committee.

Out of 1 916 participants aged 65 and above, 103 reported having suicidal thoughts over the last years, accounting for 5.4% of all participants. “It means that over one in twenty have thought about killing themselves, which indicates that suicidal impulses should be seen as a substantial, universal issue rather than something found in a small minority of exceptional cases among senior citizens”, Professor Nam said. 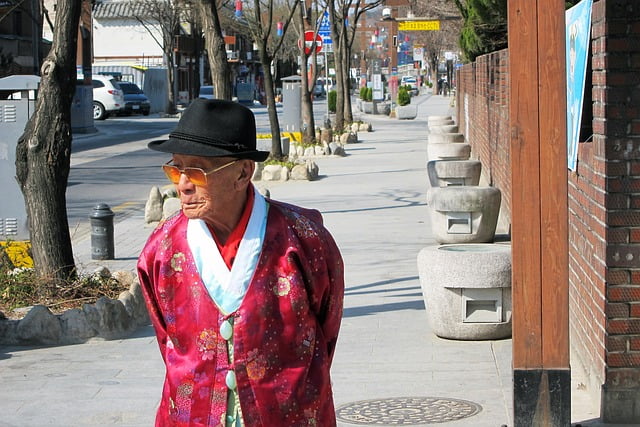 The study revealed that class consciousness is prevalent among seniors: 83.3% of surveyed seniors felt they belonged to the five lowest categories among the ten social categories outlined in the study. This class consciousness seemed to be based more on subjective perceptions of physical and mental health than any objective criteria.

Those results should be compared to the results of a similar study conducted in the United Kingdom, where only 36% of men and 38.4% of women felt they belonged to the five lowest classes.

What can be done to remedy this situation ? According to the authors of the study, “encouraging job programs for the elderly as an active means of income preservation to improve elderly people’s subjective class perceptions” should be the first step of a long journey.

In South Korea, seniors’ suicide spree is one of many ageing-related problems, among which retirement funding features heavily.