END_OF_DOCUMENT_TOKEN_TO_BE_REPLACED

From the moment we are born, we all begin ageing. Each of us lives through different life events, we make choices, we face the consequences of policies and systems and intersecting forms of discrimination which influence our lives. As we grow older, the impact on us of these different experiences accumulates.

END_OF_DOCUMENT_TOKEN_TO_BE_REPLACED

Online photography community Photocrowd.com has presented the results of an international photo contest on the theme of ‘Ageing: the bigger picture‘ in partnership with the British Society of Gerontology (BSG), with £3600 (approximately $5400 USD) in cash prizes awarded.
The contest brief encouraged photographers to look beyond clichés and show a more nuanced approach to the subject. Over 1200 images were submitted from photographers all over the world.
END_OF_DOCUMENT_TOKEN_TO_BE_REPLACED

According to the Canadian Statistics, for the first time in the country’s history, people aged above 65 years old outnumber the number of children aged up to 14. END_OF_DOCUMENT_TOKEN_TO_BE_REPLACED

END_OF_DOCUMENT_TOKEN_TO_BE_REPLACED 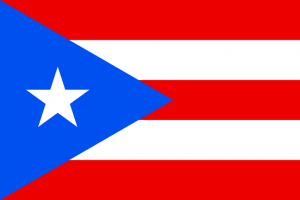 The ageing process affects Latin America as it affects the entire  world, and Puerto Rico is one of the countries with a particularly impressive increasing ageing level. According to the Puerto Rico Institute of Statistics, the median age of the country is 39. This phenomenon is accentuated by lack of jobs on the island, which incites young people to migrate abroad.

Today, in Puerto Rico, in 30 of the 78 municipalities of the country, the elderly outnumbers the children. The five municipalities with the oldest population are: Hormigueros, Mayagüez, Rincon, Lajas and San German. On the other hand, the youngest municipalities are: Toa Alta, Peñuelas, Barranquitas, Morovis and Santa Isabel.

The World Bank published a study regarding the ageing population process in Europe and Central Asia. The report was completed with an infographics that summarizes the ageing process and the consequences of demographic transition.

This infographics identifies and points out the main opportunities and policies contributing to an active, healthy and productive ageing. The main sectors which could transform the ageing population into a source of value are: education, labour participation, mobility, sustainability, etc.

END_OF_DOCUMENT_TOKEN_TO_BE_REPLACED

When speaking about the new demographic tendency of ageing population, Japan tends to take the lead as it is the oldest country in the world. However, the whole Asian continent is affected by this process.

END_OF_DOCUMENT_TOKEN_TO_BE_REPLACED

The Minister of Social Affairs, Health and Women Rights of France, Marisol TOURAINE, and the State Secretary for Family, Elderly people and Autonomy, Laurence ROSSIGNOL commend the adoption of the society adaptation to ageing law on first reading by the Senate on the 19th of March. END_OF_DOCUMENT_TOKEN_TO_BE_REPLACED

China is the most populated country in the world; it also accounts for the biggest population of seniors. Indeed, by 2035, there will be 300 millions of seniors in China.

The quick pace of population ageing in China is partly due to the one child policy; it impacts the evolution of the Chinese society, in which the elderly can struggle with their financial situation. They sometimes need to work in order to live by collecting garbage.

END_OF_DOCUMENT_TOKEN_TO_BE_REPLACED

Tess Christian is a 50-year-old British woman who does not give her age. That is because she has not smiled for 40 years to avoid getting wrinkles, as said in British newspaper DailyMail. Avoiding to smile in order to look younger most likely means giving into excessive youth culture.

END_OF_DOCUMENT_TOKEN_TO_BE_REPLACED

Researchers hope that this new discovery on the functioning of the brain will help better understand the evolution of neurodegenerative disorders, and most especially the Alzheimer disorder.
END_OF_DOCUMENT_TOKEN_TO_BE_REPLACED

“One of the many ways technology has changed our lives is helping seniors live independently”, says Lynn Wilson, Founder of The CareGiver Partnership. This, in turn, makes caregivers’ jobs a little easier.

The CareGiver Partnership is a national direct-to-consumer retailer of home healthcare products for incontinence, diabetes, nutrition support and more. In its eighth year of providing products and services that help caregivers and loved ones maintain personal dignity, the company also offers an online library of more than 1,500 family caregiver resources and personal service by experts in caregiving.