Jim Turner is a 75 years old American cyclist who broke a record in Mexico in late July browsing 38.494 kilometers in an hour, before beating two other records.

“I am feeling more than alive” 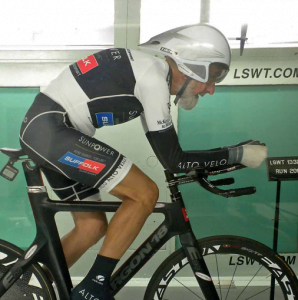 There is no age to achieve sporting feat ! Former duathlon specialist, Jim Turner, 75, continues to practice the high-level sport. “I am feeling more than alive and blessed by this journey”, has he said after his records were validated by the International Cycling Union.

Turner hit a new record in his category, previously held by canadian Gio Batta Persi (36,728 km in an hour), browsing 38,494 kilometers in one hour in Aguascalientes,Mexico.