The Global retirement index of 2016 was published on July 20th by Natixis Global Asset Management. It takes into account key factors affecting retirement security and is instrumental in comparing best practices regarding public and retirement policies across 43 countries. 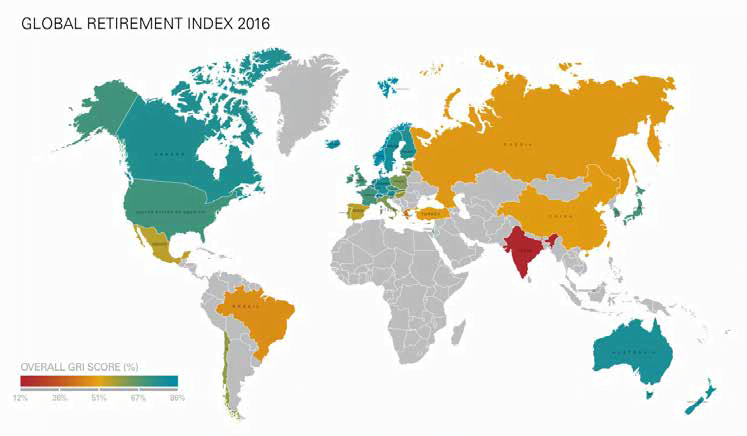 Retirement systems must change to adapt to new realities

“Retirement was once a simple proposition: individuals worked a lifetime and saved, employers provided a pension, and payroll taxes funded government benefits. The end result was a predictable income stream, generated from three stable sources that could provide a financially secure retirement”, Natixis Global Asset Management President and Chief Executive Officer John Hailer said. “But demographics and economics have rendered old models unsustainable. In response to surging populations and expanding lifespans, employers continue to shift the responsibility of retirement funding to the individual, and policy makers are challenged to respond.”

Although retirement funding is paramount, the index also considers other factors such as material well-being, health and life quality of retirees in order to give a comprehensive view of retirement. This year’s investigation examined a lesser number of countries, mainly developed countries where social and economic stakes are high where retirement is concerned.

This investigation deals with members of the OECD deemed economically-developed by the IMF’s standards, as well as BRICS. The figures indicated below stem from various sources, one of which is the World Bank. Researchers calculated the average mark for each of the 43 countries examined in each category, then combined thusly obtained marks in order to assign an overall mark used to determine the country’s position in the rankings.

France did well in terms of healthcare system and life expectancy, but financial factors point to some difficult times ahead

France fell from 18th last year down to 20th this time around. This decline is mainly due to the change of scope of the investigation, which only deals with developed countries and gives more weight to financial considerations in the final mark. 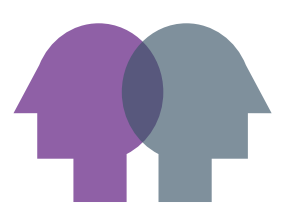 The French Healthcare system is one positive : social security is very much in favour of retirees and France remains among the Top 10 countries in terms of life expectancy.

The issue of retirement funding in general and tax burden in particular drags the country’s overall mark down. On a positive note, tax burden and unemployment factors are not felt quite as keenly as last year. The French government seems ready to address the structural issues of unemployment and government debt, meaning that France has the potential to get out of the ditch.

French productivity is also one of the highest in the world. The job market’s reform could drive companies to create jobs, while the French working population will grow to be the biggest among Eurozone countries.

“Today, France’s biggest challenge is to manage finances without putting too much strain on the public services which benefit retirees“, Christophe Point, Managing Director of  Natixis Global AM Distribution for France, French-speaking Switzerland and Monaco.

“In top-ranking countries, innovative policies have been a key factor in sustaining retirement systems. Those countries attach great importance to the wellbeing of retirees, and have implemented schemes and attractive fiscal practices, as well as awareness-raising programmes aimed at promoting preparation among future retirees. Those are interestig initiatives when you stop to consider that 70% of French private investors (77% worldwide) report being aware that they will have to self-fund a greater part of their retirement.“

Decision makers and employers could learn a lesson from the four milestones shared by several highest-ranking countries with regard to ensuring retirement sustainability :

“Achieving retirement security is a daunting goal, but it is within reach if each stakeholder does their part“, he concluded.